The Poetry of Crisis: “The English Poetic Mind” 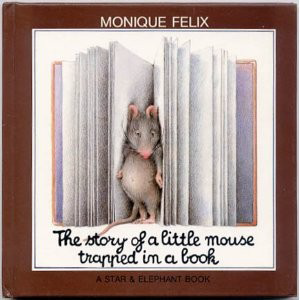 Here we are with another book summary. Today it is CW’s second work of literary criticism: The English Poetic Mind. It was published in 1932 by the Clarendon Press. Hadfield tells us that the substance of this book was originally “delivered as a special course for the City Literary Institute at the London Day Training College in 1931” (Hadfield 109). How amazing it must have been to sit under these lectures, watching the nervous figure pace up and down, listening to him recite (or “spout”) huge cascades of poetry from memory, hearing the constant jingle of keys or coins in his pocket, and feeling the burning charity and energy searing from his eyes. Yet I would imagine the actual content of the lectures would have been a bit hard to follow. It’s hard enough to follow on the page, where I can underline and highlight and dog-ear the pages (I do mistreat my books); how much more difficult must it have been for all but the most astute listeners, when his scintillating ideas went flickering and flashing past in the air.

The ideas in this volume are very profound. The first, most important, is CW’s unique understanding of poetry as a confrontation with The Crisis of Schism. I have written about this idea before: in my series of introductions to his major ideas, and recently, in a post about my own current Impossibilities. Williams claimed that in Shakespeare’s play Troilus and Cressida,

The crisis which Troilus endured [when he found out that his beloved was unfaithful] is one common to all men; it is in a sense the only interior crisis worth talking about. It is that in which every nerve of the body, every consciousness of the mind, shrieks that something cannot be. Only it is. …The whole being of the victim denies the fact; the fact outrages his whole being…. Entire union and absolute division are experienced at once: heaven and the bonds of heaven are at odds. (59, 60)

The English Poetic Mind is an evaluative book. It is about which English poets are good, better, and best. Williams rates poets based on quantity, quality, and complexity of verse, and on how well they express and solve the Crisis in their verse. Towards the very end of the volume, CW finally gives his thesis: “The theme of these studies has been the passing of the poetic genius from its earlier states to its full strength” (200)—thank you for that! Better late than never. But it is a very rigorous standard: “ It [the English poetic genius] achieved its full perfection, perhaps, only once in our literature, in the late style of Shakespeare” (200). That’s a very tough standard, indeed. Only one poet passes. Milton is a close second, Wordsworth almost made it but then failed in the end, and “lesser” poets deserve some mention: Blake, Coleridge, Shelley, Byron, Keats, Tennyson, Robert Browning, Hopkins, Coventry Patmore, Matthew Arnold. Indeed, CW includes this astonishing statement: “outside the three greatest [Shakespeare, Milton, Wordsworth]—if one had to choose a single poet for the rest of one’s life, there are not many who could rival [Arnold]” (196)! Whacky. I suppose we each have our favorite minor poet whom we elevate above his or her deserving. Ahem.

I want to say again as I have said or hinted elsewhere that CW’s greatest skill, the one at which I marvel, is his ability to see an enormous whole in a single glance. He is in love with statements of universality, totalizing claims about a poet’s entire output. He seems to have read The Complete Works of each poet he discusses in this book—not only that, but to have read them in chronological order, analyzed, understood, digested, and remembered the entire contents. Then he is able to make huge, sweeping generalizations—such as this one: “In Shelley distance is everywhere; in Keats it is nowhere. Shelley is always avoiding the moment; Keats is always closing with it” (176). Always? Always is a lot. But that’s how CW’s mind works: take in all, understand it, and give it all back in an interpretive claim.

is a considerable body of material; he actually wrote far more literary criticism than theology and of the rest of his work only the novels form a comparably important body of work. Poetry, particularly the mature Arthurian poetry, is of course another matter. But [there is a] large bulk of literary criticism compared to the small bulk of mature poetry.

Not only did CW write lots of literary criticism; these writings also contain many extremely important ideas. Williams makes a bold claim to originality in his critical approach: on page vi, he says “I am not conscious of owing any particular debts at all” on the central position he gives to Troilus and Cressida in understanding Shakespeare’s canon. He is more in tune with the tide of his times than many readers realize, and anticipates huge movements that were just about to begin in literary theory.

For instance, he does not commit the intentional fallacy; he is interested in the personality, consciousness, etc. contained in the poetry, not with whether those are the personality, consciousness, etc. of the poet himself. And he anticipates the world-changing dictum “il n’y a pas de hors-texte” that Derrida wrote in 1967). I could quote many passages to illustrate this. Here are a few:

“…the great things of poetry exist purely and simply in their own right, and independently of man…the chief impulse of a poet is, not to communicate a thing to others, but to shape a thing, to make on immortality for its own sake.” (5)

A poet’s “value lies in, and only in, the poems he writes—not in what he means by them” or by autobiographical considerations (9).

Whether or not an experience actually happened to the poet “is interesting to the biographer but unimportant for poetry. [Wordsworth’s] poetry is here concerned to discover, to express, to define, a particular state of being…a form which is a trouble not to its own or our dreams, but to its own and our life.” (26)

There are many others. And there are many, many more points I could take from this book. Yet I am writing a blog post, not an academic paper. So I’ll close with a few other observations on The English Poetic Mind, and invite you to add your own observations or questions in the comments below.

There is a theme of imagination and power running through this book. I know I’ve said somewhere else (don’t remember exactly where) that I think CW’s personal vice was a lust for power. All throughout this book, he equates imagination with power, which might explain his drive to read, study, and write great poetry: It was a means to power. Power over nature, over people, over self, over the spiritual realm? Of this, I am unclear. Also: If poetry refers to nothing outside of itself, how then could the power be power over anything but over poetry itself? Perhaps that is all. Perhaps that is enough.

And yet CW ascribed real meaning to poetry, after all. Towards the end of the book, he discusses poetry’s two tasks:

1) Poetry exists to reveal the architecture of the universe and of ourselves—to show the patterns, relations, and systems of interrelated symbolism between all that is and ourselves and the divine.

2) But then… Poetry exists to reveal how that architecture is overthrown, tumbled down into chaos. How the pattern is marred, the symmetry destroyed, the interrelated systems thrown out of synchronization.

In other words, to show God’s handiwork in Creation and humanity’s undoing of that work I the Fall.

In closing, let me quote Stephen Barber again. In discussing both The English Poetic Mind and the next work of Lit Crit, Reason and Beauty in the Poetic Mind, Barber said: The fundamental idea behind these books is to treat English poetry as if it were a single individual.” It is the “mind,” the “genius,” that ostensibly wrote all English poetry, that CW is examining in these pages.

And how does he sum up that single mind? What does that one psyche think about? Well, here it is: “To begin with a flea and end with God is almost the habit of English verse” (207). That’s it. That’s what English poetry has done, in CW’s view, from before Shakespeare until his own times. And it is, arguably, what CW’s own poetry does—although it usually starts with a girl rather than a flea. Think about that for a minute.

Sørina Higgins is a PhD student in English and Presidential Scholar at Baylor University. She also serves as Chair of the Language and Literature Department at Signum University, online. Her latest publication is an academic essay collection on "The Inklings and King Arthur" (Apocryphile Press, December 2017). Her interests include British Modernism, the Inklings, Arthuriana, theatre, and magic. She holds an M.A. from Middlebury College’s Bread Loaf School of English. Sørina blogs about British poet Charles Williams at The Oddest Inkling, wrote the introduction to a new edition of Williams’s "Taliessin through Logres" (Apocryphile, 2016), and edited Williams’s "The Chapel of the Thorn" (Apocryphile, 2014). As a creative writer, Sørina has published two books of poetry, "The Significance of Swans" (2007) and "Caduceus" (2012).
View all posts by Sørina Higgins →
This entry was posted in Book Summaries and tagged book summaries, literary theory, schism, Shakespeare. Bookmark the permalink.

16 Responses to The Poetry of Crisis: “The English Poetic Mind”