Charles Walter Stansby Williams (1886-1945) is the unjustly neglected third member of the Inklings, after C.S. Lewis and J.R.R. Tolkien. He was a British poet, novelist, literary critic, editor, lecturer, biographer, Anglican Christian, and occult master. This strange mix makes him The Oddest Inkling, and this blog exists to discuss CW’s life, works, ideas, oddities, and excellencies.

There is no other literature quite like that by Charles Williams: his writings are startling, convoluted, beautiful, unpredictable, and obscure. Their obscurity is partly due to his love of esoteric allusions, partly to his creation of a layered mythology, and partly to his sinewy syntax. Thomas Howard calls his sentence structure “agile”; I call it “labyrinthine.” Every sentence is thrilling, dangerous, sinuous, and demanding. Here is my Readers’ Guide for Beginners to help you decide what to read first.

By all accounts, Williams himself was like his writing: charismatic, saintly, loquacious, and inspiring—but complex and confusing. He was a passionate teacher, explicating texts clearly with enthusiasm and reciting massive passages of poetry from memory. According to C.S. Lewis, everyone who met Williams fell in love with him—including many young women who became his disciples and with whom he practiced semi-sexual, semi-magical rituals of transference to heighten his creativity. Yet he also motivated many people to practice their Christianity more seriously and founded the Companions of the Co-inherence in order to carry one another’s burdens. 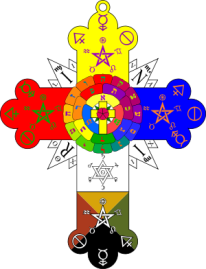 The strange combination of Christian and Magician in Williams’ personal life is hard to reconcile. He was a member of A.E. Waite’s occult secret society, the Fellowship of the Rosy Cross, for ten formative years. He rose high in the ranks, leading initiates in practicing alchemy, astrology, Cabalism, conjuration, divination with tarot cards, and meditation on the Sephirotic Tree. Yet he remained a committed Anglican all his life, writing works of lay theology. For the last six years of his life, he was a member of the Inklings, whose qualifications, according to C.S. Lewis, were “a tendency to write, and Christianity” (CSL letter to CW 11 March 1936).

This unusual combination of Christianity and the occult finds expression in a bizarre, exciting mix of the everyday and the supernatural in his writing. He pushes his fantasies further than either of the other famous Inklings by setting his metaphysical stories in ordinary, 20th-century England rather than in Narnia, Perelandra, or Middle-Earth. This makes his spiritual thriller plots feel more uncanny because they are closer to home.

His signature doctrine, co-inherence, is also an odd blend of the natural and the supernatural. Co-inherence is the idea that Christ’s risen life inhabits believers so that they share the divine interrelationship of the Trinity and live as members of one another. This is based in the Trinitarian theology of perichoresis, the mutual indwelling and love of the three members of the Godhead, from which all human love and co-operation are made possible. Williams’ own order, the Companions of the Co-inherence, voluntarily carried spiritual, emotional, or medical burdens for each other and anyone else—living, dead, or unborn—by Substitution or Exchange. He was fascinated by the mystical body of Christ: he believed that sex is an act of co-inherence and that every romance corresponds to Jesus’ earthly life. In his Arthurian poetry, he carried the simple doctrine of Christian unity into a multi-layered symbolism infused with occult significance. 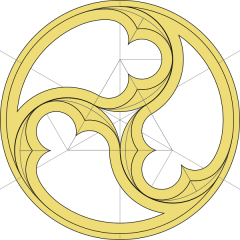 Furthermore, Williams held a kind of skepticism about his own faith that also made him the odd man out in the Inklings, compared to the staunch “Mere Christian” Lewis and the solid Roman Catholic Tolkien. He may have had more common theological ground with the Anthroposophist Owen Barfield, the fourth important writer in the group. But Williams’ brand of mysticism made for some hot debates among the group: a minor Inkling, Charles Wrenn, at one Inklings meeting “almost seriously expressed a strong wish to burn Williams, or at least maintained that conversation with Williams enabled him to understand how inquisitors had felt it right to burn people…. Williams is eminently combustible” (letter of C.S. Lewis to his brother, 5 Nov. 1939). If even his best friends occasionally wanted to burn him at the stake, it is no stretch to say that his ideas were the oddest among them.

All these factors, then, make Williams “The Oddest Inkling.” 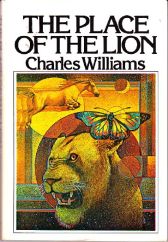 And they make his works absolutely riveting: even before you read any further in this blog, you should start reading his writings! You can start with his most popular works: the seven “metaphysical thrillers”: War in Heaven, Many Dimensions, The Place of the Lion, The Greater Trumps, Shadows of Ecstasy, Descent into Hell, and All Hallow’s Eve. They are available online. In each novel, sacramental objects or occult adepts unleash spiritual forces that threaten destruction. Preservation is achieved by the imperial mastery of a person surrendered to divine will. Williams’ progressive narrative technique resembles stream-of-consciousness, and anticipates (but far surpasses) contemporary Christian thrillers. Then, if you are an intrepid reader, you can move on to the Arthurian poetry, then the theology or literary criticism, as your taste guides you.

In my opinion, his two greatest contributions are his Arthurian poetry—of which much, much more as we proceed in this blog—and his interpretation of Dante in The Figure of Beatrice, which brought Dante to many people for the first time and inspired Dorothy Sayers to learn Italian and translate Dante afresh. A recent resurgence of interest in Williams has led to imitative fiction, analysis of his life and work, and a wider readership. His virtuosic poetry and brilliant insights should earn him a place among the greatest literary masterpieces of the early 20th century.

It is high time to dig more deeply into the works of Charles Williams, The Oddest Inkling. Please tune in each Wednesday (and sometimes more often) for a discussion of each of the points mentioned in this post, and many more.