Today we look at CW’s childhood and early life. Next week we examine the first phase of his career, 1908-1939. The following week we discuss his final—and most prolific—years, 1939-1945. Please send me any questions you have about his life, and I will attempt to answer them in these posts.

A note on sources: At the moment, the primary source of biographical information about Charles Williams comes from the two books his colleague Alice Mary Hadfield wrote about him: An Introduction to Charles Williams (1953) and Charles Williams: An Exploration of His Life and Work (1983). I have posted an evaluation of the latter book here, and will write about it again on this blog in future, when I come to a survey of secondary sources. Another valuable book is The Inklings by Humphrey Carpenter (1978). I am also drawing on CW’s own writings and the introductions to scholarly works about him. I will not clutter these posts with citations. If you wish to have exact page-number references for any facts, please contact me. We all eagerly await the publication of Charles Williams: The Last Magician by Grevel Lindop, the long-anticipated official biography from Oxford University Press.

Charles Walter Stansby Williams was born on the 20th of September, 1886, in a part of north London called Holloway. London was his heart’s home. The image of that city became a central feature of his writing as a symbol for civic harmony, divine order, the City of God, heaven, co-inherence in action. This image of the City will return many times in our subsequent discussions of his ideas. It pervaded his thought, eventually becoming the foundation for the complex layered symbolic mythology of his Arthurian poetry, in which the Empire is an expanded vision of the City. Unlike the other Inklings, he preferred the city to the country, and nature was never very important to him. He was short-sighted and considered long walks chances for conversation only, not for conversation in the context of delight in the marvels of the natural world, as Lewis and Tolkien did. 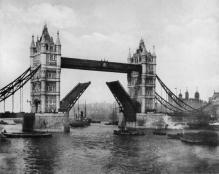 Charles’ father, Richard Walter Stansby Williams, was a clerk for an importing firm, writing their foreign correspondence in French and German. He was something of an amateur writer himself and had a few poems, stories, and plays published in periodicals. Charles’ mother was named Mary (Wall). His only sibling, a sister named Edith, was born in 1889.

The baby Charles was baptized on November 7th, 1886, at St. Anne’s Anglican church, and later went to school at St. Mary Magdalene. Williams remained a committed Anglican all his life. The creeds and sacraments were essential to his mental processes, and he seems never to have considered any change, either to another denomination or to anything outside of Christianity. He did not get involved in internal church debates. He even tried to write the East/West church split (1053) out of his re-imagined Arthurian history. 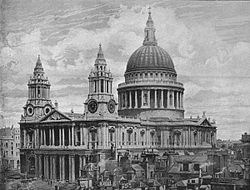 And although he was deeply involved in an occult secret society, he appears to have taken the occult into his faith-system, rather than vice-versa. I have found no evidence of anything like a conversion, a moment of “getting saved”: as far as I can tell, he grew up into his faith in much the same way he grew up into language, literature, Englishness, or anything else he took for granted as an essential feature of his identity.

The family’s life changed dramatically in 1894, when an eye doctor told Walter Williams that he needed to do something drastic to save the last remnants of his failing eyesight. He was nearly blind. So the family moved out of London to the town of St. Albans. There, they opened a shop called “The Art Depot” that sold stationery and artists’ supplies. Charles continued his education at St. Albans School. He was confirmed in the Abbey on 27 March 1901.

Hadfield describes a lively, intellectual childhood full of conversation, literature, theatrical performances, and imaginary worlds. On long walks, his father engaged him in profound debates, always encouraging him to consider all sides of an argument, and even to switch sides regularly to see what it felt like on a different side. Carpenter records that Charles’ father “was not only widely-read but totally undogmatic, teaching his son that there were many sides to every argument, and that it was necessary to understand the elements of reason in the other point of view as well as your own. Though a devout churchman, he encouraged Charles to appreciate the forces of atheist rationalism…. his father had taught him to absorb doubt and disbelief into his beliefs.” This habit of striving to understand all sides, including the outside, of an argument appears to have stayed with him all his life. All this occurred in the context of a domestic tranquility somewhat marred by the constant threat of poverty.

This poverty haunted Williams all his life,

in reality or in imagination. Its first very real effect was to cut short his education. In 1903 Charles was awarded a scholarship to University College, London. He commuted from home and studied mathematics, literature, history, and languages, including French and Latin. But he had to drop out with no degree after two years because his parents could not afford to keep him in school. His prospects were dim. Williams secured a job at a Methodist book room in London in 1904, where he made two good friends: Harold Eyers and Ernest Nottingham. He began writing more and more poetry.

Then in 1908 everything changed.
He began work at the Oxford University Press on the 9th of June.
And he met Florence Conway at a Christmas party for children.

Sørina Higgins is a PhD student in English and Presidential Scholar at Baylor University. She also serves as Chair of the Language and Literature Department at Signum University, online. Her latest publication is an academic essay collection on "The Inklings and King Arthur" (Apocryphile Press, December 2017). Her interests include British Modernism, the Inklings, Arthuriana, theatre, and magic. She holds an M.A. from Middlebury College’s Bread Loaf School of English. Sørina blogs about British poet Charles Williams at The Oddest Inkling, wrote the introduction to a new edition of Williams’s "Taliessin through Logres" (Apocryphile, 2016), and edited Williams’s "The Chapel of the Thorn" (Apocryphile, 2014). As a creative writer, Sørina has published two books of poetry, "The Significance of Swans" (2007) and "Caduceus" (2012).
View all posts by Sørina Higgins →
This entry was posted in Biography and tagged bio, London, Oxford University Press. Bookmark the permalink.