Here is Post #14 in the Series on Taliessin through Logres! Please visit the INTRODUCTION to this series first, and here is the INDEX to the other posts in the series.

Jennifer Raimundo has been an Inklings enthusiast for the better part of her life. After realising that there will always be more to learn about this merry band of brothers, she began her formal education in Inklings and Classical Studies through an M.A. in Language and Literature at Signum University. In addition to being a student, she serves as Institutional Planning Lead at the University. While not doing work or school, Jenn is probably traipsing around the world, drinking coffee and listening to music and learning to love God more like how He loves her.

Looking up among the Jakes:
The Way of Exchange in ‘The Coming of Galahad’

‘The Coming of Galahad’ stands with some of the longer poems in Charles Williams’s Taliessin through Logres collection. In all honesty, it is overwhelming, laden with strange words, obscure characters, and uncertain allusions. The poem’s action, again, feels random.

But it all makes sense once you realise it takes place in the bathroom.

No, really, it does, and the fact that it does helps us as readers penetrate what on earth Williams is doing with this poem.

The poem opens with the good knight Galahad’s goodnight. Royals, peers, and bishops gather round the newcomer, and ‘create a Rite’ as they put Galahad in the king’s bed. The stanza is rich, but something seems wrong: should Arthur have needed replacement? are Guinevere’s thoughts concerning ‘Lancelot’s son’ (not by her, mind you) kind? is this scene good?

Remembering the poem and stanza’s opening line will help us answer these questions later on. ‘In the hall all had what food they chose.’ Believe me, it’s important.

We head down with Taliessin to the castle’s basement bathroom system and out into the courtyard. While the lords and ladies go up to bed, the poet descends to where the kitchen maids and servant boys are working. Taliessin, looking up, reminds readers of the substitutions going on at the time of the poem’s occurrence. Galahad is where Arthur should be, and Helayne and Lancelot are his parents instead of Arthur and Guinevere. Instead, instead, instead — many loves-gone-wrong are interchanging to land Galahad exactly where he ought to be.

Taliessin sharpens Galahad’s position by singing an old nursery rhyme about the king and queen’s son running down the porphyry stair. Keep that staircase in mind.

Leaving the sleeping action in the upper rooms, we find that Taliessin is approached by Gareth, the son of Morgause who is posing as a kitchen boy. They sit by the jakes (latrines) and talk. When Gareth asks Taliessin about the ‘new knight,’ and why the Emperor granted him a sight of the Grail, Taliessin — classic Taliessin — responds in a cryptic yet incisive manner. He doesn’t give a history of Galahad’s lineage nor explain what exploits Galahad may have done to earn the Grail.

Instead, Taliessin tells Gareth that Galahad was raised by Blanchefleur — and that there’s a double dance between stone and shell plus a sterile smiling sea pursuing that dance.

Well. That made sense.

But Gareth runs with the seeming dysfunction, sharing with Taliessin that he has seen a woman on that very same sea, her arms shining like stone and seashells until she disappears and makes Gareth want to weep like a fool.

The two men keep gabbing by the jakes about stones, shells, and women for a while, but are interrupted  when a servant girl joins the conversation. In full disclosure, I believe she is the servant girl. In fact, she carries on the same conversation ‘The Ascent of the Spear’ discloses, asking Taliessin about choice and preference, justice and grace — again.

The three of them keep talking: Percivale, Palomides, and Galahad each get a mention; Blanchefleur drips light; the servant girl offers to die and gets blessed; Taliessin says the world is a pentagram made of planets; and the poem closes with the poet’s eyes glowing like emeralds because the Throne is sinking into Logres.

And that’s the poem. Bye now.

Just kidding. Now that we are all gloriously befuddled, let’s grab a cup of tea (actually you might need some mighty strong espresso for this one) and talk about what the poem is doing.

In reality, the poem is quite beautiful and simple, with myriad points converging on the gracious descent of Love into a world of toilets. Or we could look at it from the other point of view: this poem is about people from the gutter ascending to the throne of grace. It works either way.

Because ‘Galahad’ is all about The Way of Exchange.

The first line gives it away: everyone eats the food they choose. What follows is a poetic expression of how different people prefer different ways, and how through the double newels of justice and mercy those choices cause them to either descend or ascend the porphyry stairs of the Empire to the Emperor’s throne. They either go further up and further in in their quest as humans or they quietly experience a descent into hell. They either live or die by the Way of Exchange.

We see one way with the sleepers in the upper room. Arthur, Lancelot, Guinevere, Helayne, and a few other courtiers we could mention, have all chosen a way of love, but it is a selfish, sour love. And we see the just results: Lancelot has gone through wolverine hell, Guinevere cannot sleep at night for thinking of the son that should’ve been hers (whether by Arthur or Lancelot — who cares at this point?), and Arthur has been ousted from the kingship. But through all that self-willing the Emperor will not be crossed; He will have his will, and, measuring to each their exchange, He uses even their sad loves to bring them their salvation: Galahad, the achiever of the Grail.

Gareth and the servant girl are examples of another way, the way that Taliessin in this poem takes. It is the way of lowliness, humility, surrender, and glory—the cross and the crown in one. In Arthuriana, Gareth is a knight who is mistaken for a kitchen boy. But rather than turning to wrath for the mockery, he accepts it until his true identity is revealed. In the end, he accidentally dies at the hand of Lancelot, but when he is remembered he is remembered as a good man who ascended to the height of himself. Thus in this poem. Gareth appears as a gutter-dweller though he is noble at heart. Yet he asks all the right questions of the right person and through that humble questioning is able to digest the truth of the Empire, even if that truth is hidden in the underbelly of the city. A prince sits at the gate of excrement.

The servant girl’s story is even more compelling. We by now have a history with her, as other posts in this series have shown. But this poem marks her climax. What began as indirect worship in ‘The Star of Percivale’ and is tempered and trained in ‘The Ascent of the Spear’ is brought to its beautiful zenith here. Taliessin continues their conversation from the previous poem, explaining how preference is necessary to grace, the kissing of mercy and justice is The Way of Exchange. And the servant girl gets it. She sees how the stone, the hard measure of justice, and the shell, the way of gifted mercy, met in her own life: she was captured into slavery by pirates but that slavery brought her to Logres, and to Taliessin’s words. She kisses his hand and offers her life to live or die according to the way her Lord should choose. As a result, a shoot of her own third heaven takes root in Logres. She brings a taste of heaven to earth. Her obedience brings her up to heaven, and Something comes down from heaven in exchange.

And to press that point even further—of beauty coming from ashes, salvation springing from the sewers, grace appearing in the unlikeliest places—Williams brings Palomides back into view. In case any character or reader was in doubt, Palomides’ christening is accompanied by that phosphoreal (yeah, I made that word up) light of Percivale’s star. It’s a light of life and worship, brought about through selfless love and adoration. Palomides’ quest up the porphyry stairs was to abandon his earthly quest, and he succeeded—through many roads for many reasons, but succeed he did.

Most clearly, however, the shell and stone combine in the person of Galahad. Raised by the epitome of the Way of Exchange herself, Blanchefleur (the stone and shell woman, actually), Galahad is the offspring of lust and deceit, and yet out of that slime comes hope, the same hope the servant girl chooses to cling to if the ‘Messias pleases’ (which he does). Galahad will win the quest. The Grail is his, granted by the Emperor as his right and honour. Those who are saved by the Way of Exchange are eventually saved by Galahad’s success, as we shall see later in the Taliessin collection. Galahad is the essence of heaven descending to earth and earth ascending to heaven.

And so, as each character has chosen their food, grace has come through the Grail. The way of preference has made way for the Way of Exchange, and the Emperor has worked it all through Taliessin. The poem ends by showing how the pentagram of the planets (the warder off of evils, the five senses, the five wounds of the Saviour, the five seeds of Chronos for the creation of the world in the shape of the star of Venus) is all centering around Saturn, the king. The poet’s glowing eyes tell that the Throne is at long last sinking into Logres. The King is coming. And, Taliessin, while he might have been in the jakes, was looking up to see it happen. 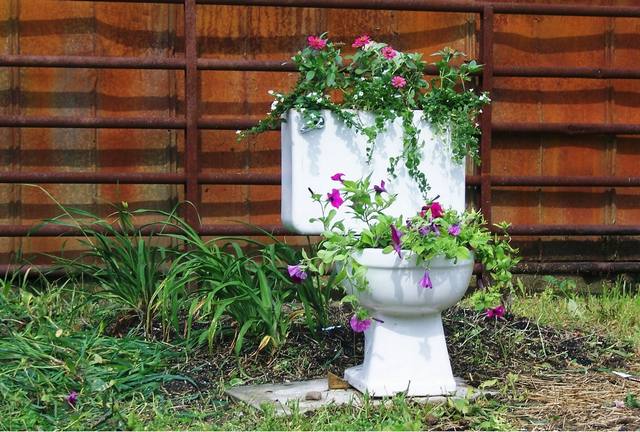 Sørina Higgins is a PhD student in English and Presidential Scholar at Baylor University. She also serves as Chair of the Language and Literature Department at Signum University, online. Her latest publication is an academic essay collection on "The Inklings and King Arthur" (Apocryphile Press, December 2017). Her interests include British Modernism, the Inklings, Arthuriana, theatre, and magic. She holds an M.A. from Middlebury College’s Bread Loaf School of English. Sørina blogs about British poet Charles Williams at The Oddest Inkling, wrote the introduction to a new edition of Williams’s "Taliessin through Logres" (Apocryphile, 2016), and edited Williams’s "The Chapel of the Thorn" (Apocryphile, 2014). As a creative writer, Sørina has published two books of poetry, "The Significance of Swans" (2007) and "Caduceus" (2012).
View all posts by Sørina Higgins →
This entry was posted in Arthuriana, Guest Post and tagged Arthuriana, guest post, poetry, Taliessin through Logres, the two ways. Bookmark the permalink.

3 Responses to TTL 19: “The Coming of Galahad” — Jennifer Raimundo