The Dawn of the Age of CW: Mini-Review of “The Third Inkling”

The official biography of Charles Williams, Charles Williams: The Third Inkling, written by Grevel Lindop and published by Oxford University Press, is scheduled to be released tomorrow! I have had an advance copy for a few days now, and let me tell you: It has been worth the wait, and you will not be disappointed! I am awash in happiness as I read this book: it’s big, thick, thoughtful, and rewarding. It is top-notch scholarship written in a beautiful style. There are quite a few surprises about CW (pleasant and otherwise!), and layers and layers of rich detail. It is hard to review the biography itself without slipping into a review of CW’s character–so I will try to do the one first and the other second. This is only a mini-review, as I have not finished reading the book (I’ve only had it for 5 days and spent 1 of those on the road and another in the ER!) and plan to reread it carefully, making notes, etc., so I will review it again more thoroughly later. I also plan to write reviews focusing on various aspects for Books & Culture and for Sehnsucht: The C. S. Lewis Journal.

So, then: let me review the quality of Grevel Lindop’s research and writing in this book. I think it’s perfect. That’s saying a lot from critical old me. I have a hard time with weird prose styles, and lots of biographies are written in a strange, disconnected manner, with unrelated facts crammed into the same sentence. This is not. Grevel’s prose style is lovely! It’s smooth, precise, intelligent, and aesthetically pleasing. This is probably the result of his many years as a practicing poet. So that’s the first hurdle: the sentences are smooth and sweet, making the reading of this long book a pleasure.

Then there’s structure. It is very difficult to shape a biography into a coherent, compelling narrative. I visited with Louisa Gilder on Monday evening, author of The Age of Entanglement, and we talked quite a bit about the shaping of biographies. Right now, Louisa is working with the manuscript of a biography about Edith Wharton. This MS was written in French, and after the author’s death, her widow asked the Edith Wharton estate and The Mount to publish the book. They hired Louisa to edit, reshape, revise, and polish the book for publication. The original material with which she’s working wasn’t all in chronological order, so she has had to revise it extensively. Anyway, Grevel has structured his biography beautifully. Each chapter has its own narrative arc, building to some high point or turning point in CW’s life. The book as a whole has a lovely progression, but without implying that the Life was moving toward some pre-determined climax.

And then there’s the research. This is meticulously done. It is thorough and far-reaching. In fact, the scholarship is so good that it gives rise to the only disappointment that I have experienced while reading this: There’s no gossip. I haven’t learned a whole lot of new, juicy facts about CW’s private life. If there isn’t evidence, Grevel hesitates to put forward speculation. There are a few times that he says something “may be” or “probably is” the case, but I trust these instances because they are so rare and restrained.

As a work of biographical scholarship, then, The Third Inkling leaves nothing to be desired. I will read it and read it again and again and recommend it to everyone I think might have even the slightest interest. Bravo, Grevel! It’s been worth the wait!

But then, there’s The Third Inkling himself. What does this bio tell me about CW? Do I feel differently about him than I did before? What has it revealed about his character that I didn’t know before? 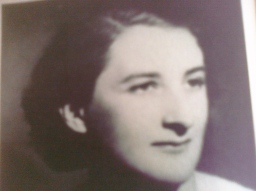 In short, it has confirmed all my worst suspicions. His affair with Phyllis Jones was uglier and creepier than I knew–she once wrote him a letter suggesting they go to a toy store and buy a cane and a delicate whip and then rent a hotel room for six hours of fun. She sat on his lap. They kissed. The volume and passion of their love letters is extensive. He even once threatened to renounce Christianity if she left him.

His involvement with the occult was also more extensive than we have previously known. I won’t spoil the biggest surprise about that–read the biography to find out for yourselves!–but let’s say CW was involved with more groups and for much longer periods than we knew, and that his magical experimentation (as opposed to the purely mystical) was probably considerable.

I’d also say, however, that this book helps me to understand CW much, much better. Perhaps I may judge his behavior and beliefs to be sinful or erroneous, but I can certainly see why he did and thought those things, given his background, upbringing, struggles, disappointments, and influences. And really, in the end, perhaps that is what a biography is for: to understand its human subject fully as a person, as someone I now know.

Sørina Higgins is a PhD student in English and Presidential Scholar at Baylor University. She also serves as Chair of the Language and Literature Department at Signum University, online. Her latest publication is an academic essay collection on "The Inklings and King Arthur" (Apocryphile Press, December 2017). Her interests include British Modernism, the Inklings, Arthuriana, theatre, and magic. She holds an M.A. from Middlebury College’s Bread Loaf School of English. Sørina blogs about British poet Charles Williams at The Oddest Inkling, wrote the introduction to a new edition of Williams’s "Taliessin through Logres" (Apocryphile, 2016), and edited Williams’s "The Chapel of the Thorn" (Apocryphile, 2014). As a creative writer, Sørina has published two books of poetry, "The Significance of Swans" (2007) and "Caduceus" (2012).
View all posts by Sørina Higgins →
This entry was posted in Biography and tagged bio, Grevel Lindop, Phyllis, Rosicruciana. Bookmark the permalink.

26 Responses to The Dawn of the Age of CW: Mini-Review of “The Third Inkling”